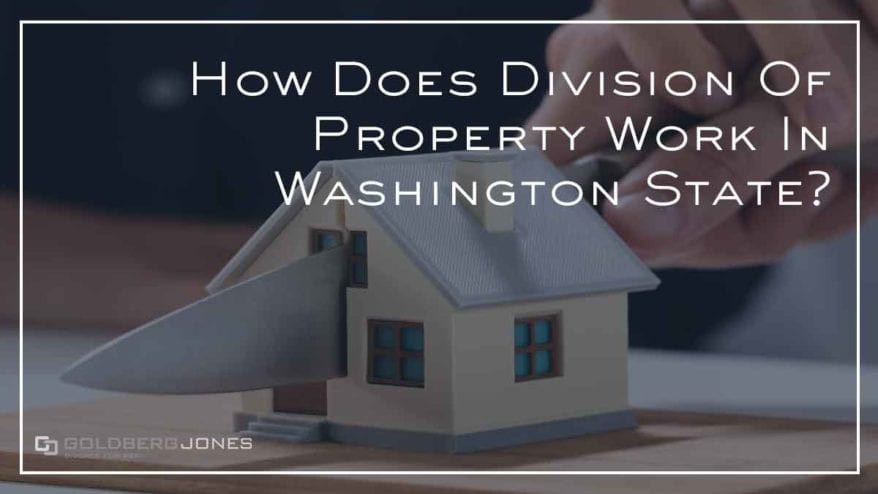 When it comes to the divison of property in Washington, the state follows certain guidelines.

How are assets divided in divorce in washington state?

Washington is one of the handful of states that still practices community property statutes. Only nine of the 50 states—and Alaska by agreement—in the union adhere to this model. The rest abide by equitable distribution.

So, Washington is a community property state. What does that mean in a practical sense?

What it means is that the courts view all property, assets, and debts acquired during a marriage as belonging equally to both spouses. The law presumes joint ownership, no matter who acquired a particular asset.

In the case of divorce, the court splits assets during the division of property.

In short, if you acquire or earn something during a marriage, that generally constitutes marital property. Despite a name on a title, Washington presumes both spouses contributed to any assets acquired during the marriage, whether the case or not.

This doesn’t mean you share everything 50/50. Property equally acquired is subsequently equally distributed in divorce, in a fair, equitable fashion.

In most cases, the court aims for both parties to emerge from divorce on reletively even footing. The also want you and your ex to maintain a lifestyle similar to what you had during the marriage. It doesn’t always work out that way, but that’s the goal.

As the name implies, separate property belongs to one spouse or the other. This usually takes the form of something owned before marriage. This category also includes gifts or inheritance received during the marriage. If you wind up with an inheritance, that stays with you. The same goes for gifts, unless given to both of you.

During the divison of property, the court can include separate property if fairness dictates. In general, it remains with the owner.

In longer marriages, things become much more intertwined and the line between separate and marital property tends to blur.

For example, if your spouse owned a home before the wedding, but you contribute to upkeep, repairs, and help maintain or increse the value. Or if you use shared funds for this purpose. That often entitles you to a portion of that asset in a divorce.

Related Reading: The Importance Of Jurisdiction In Divorce

Does Washington Have Equitable Distribution?

The short answer to this question is: no.

Our neighbor to the south, Oregon, along with most other states, practice what’s called “equitable distribution.” Essentially, this method views property as belonging to the individual spouse who earned it. No set rules for the division of property exist, but the court divides the assets between both parties in a fair and equitable manner.

Community property doesn’t mean courts split everything down the middle in a divorce. The court’s primary goal is to ensure both parties come out of the marriage on relatively even footing. Beyond that, they want each spouse to maintain a lifestyle similar to what they had while married.

Related Reading: How Is Debt Divided in Washington State?

CALLER: “I’m trying to find out how much I need to buy my soon-to-be-ex-wife out of the house.”
(He goes on to describe his situation in detail, including topics like mediation, market analysis, social security, pensions, and more.)

CALLER: “Will My Spouse’s Family Trusts Be Subject to Community Property Rules In Divorce?”

CALLER: “She’s grown so angry and hateful, I’m concerned he’s going to target my ‘man toys’ in the divorce. Can I prevent her from taking them?”