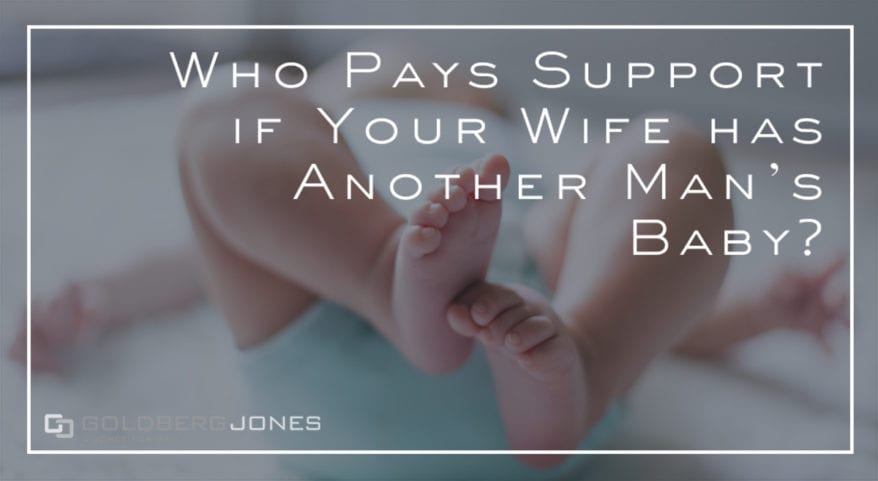 Divorce and child support are tricky enough propositions on their own. It’s even more complicated when it involves children. And what about if your wife is also pregnant while you’re in the middle of ending your marriage?

Need more? Let’s add one last wrinkle, just for kicks. What if you’re in the middle of a divorce, your wife is pregnant, and it’s not your child?

That’s a mess. But it happens.

Who will pay child support?

Rick Jones, one of our founding partners, regularly appears on the Danny Bonaduce and Sarah Morning Show, where he answers family law questions from listeners. In a recent episode, a caller posed this exact question.

Caller: “We’re in a pickle. My son was in the middle of a DIY divorce and his wife showed up pregnant. What does he do now to protect himself from not having to pay for this new child?”

Fortunately for him, there are ways to deal with child support in this situation. As long as he takes the proper steps ahead of time.

Danny: “Is it factually his child?”

Rick: “What’s likely to happen, as long as they’re honest in the paperwork when you file a petition, it asks, ‘Is the wife currently pregnant?’ If they were honest with that, the court’s probably going to hold up finalizing the divorce until there’s an outcome in terms of parentage.

“The reason they do that is that they’re there wanting to make sure the child is taken care of. They’re going to be very child-centric in their focus.
Ultimately, what will happen is the child is born and there’s a paternity test that allows him to prove paternity.

“Unfortunately, because they’re married currently, he does have to disprove paternity.

“Now, if for any reason that petition has already been filed, the wife wasn’t pregnant or perhaps they were dishonest in filling that out, then this probably happens without the court knowing.

“So to protect himself he definitely wants to have a paternity test after the child is born, so if and when she or the state ever come to him for funds he has the answer right away as opposed to having this happen five years down the road. Unfortunately, we’ve seen a lot of horror stories like this.”

Sarah: “Does he have to take any steps to make sure his name doesn’t get on the birth certificate?”

Rick: “The name doesn’t matter. There’s legal relevance, but on the birth certificate it’s certainly going to be about who the father is. As long as he does the disproving up-front, that’s going to be good to go.”

Signs They May Be Hiding Assets During Divorce

How To File For Divorce in Washington State