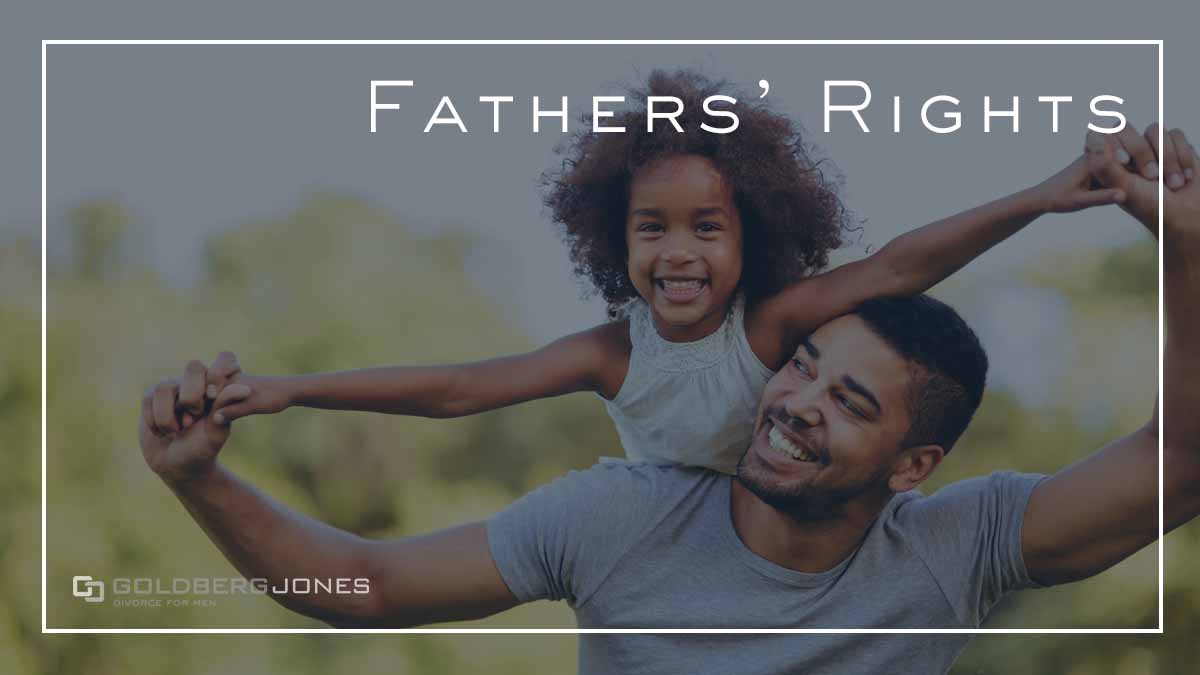 Skip Ahead
What Are A Father's Rights?
How Does Washington View Fathers’ Rights?
Legal Precedence in Washington State
What Johnson v. Johnson Means For Fathers'
When it comes to divorce and child custody cases, husbands and dads face unique challenges. Our Seattle attorneys understand the struggles men confront and stand committed to protecting fathers’ rights with assertive, effective counsel.

There is a common perception that a mother has the upper hand in child custody cases. However, the laws don’t favor one parent over the other.

It is paramount to present a father’s best case and lead the court to apply the law without regard to gender. Goldberg Jones remains dedicated to overcoming the common perception.

What Are A Father's Rights?

Barring extreme circumstances, fathers have the right to:

Washington State has placed an increased weight on keeping both parents involved in a child’s life after divorce or separation. This is great news for fathers.

If you want custody of your children, it takes time, energy, and effort. There’s a great deal of work involved. You have to draft and file legal documents, support your claims, and present your case.

In child custody decisions, the court takes the best interests of the minor children involved into account. Any verdict will ideally reflect that. Historically, many look at mothers as the most nurturing, fittest parents, whether that’s the truth or not.

The preconception that children should always remain with the mother after the divorce is changing.

There has been an increased emphasis, both publicly and in the courts, on the importance of both parents remaining key figures in a child’s life after divorce or separation.

This is hugely valuable for kids growing up. Though there has been more attention paid to it in recent years, the recognition of the role of fathers, and that fathers can also be the better parent, has legal roots in Washington dating back to the 1950s.

This case has a significant impact on fathers’ rights in Washington state.

In 1955, Washington couple Kathleen and Warren Johnson filed for divorce, which was granted in 1957—as you probably know, divorce takes quite a while. In the process, Warren was given custody of their son, Michael, then around seven years old.

Unsatisfied with this state of affairs, Kathleen, who suffered from depression, subsequently filed a number of unsuccessful appeals attempting to regain custody of their boy. Ultimately, this case reached the Washington State Supreme Court in 1958.

There the court once again examined the facts, looked at the situation in great depth, and upheld the earlier decisions.

The short answer is that once the court took into account all of the evidence, including witness testimony, it concluded Warren was better suited be the primary guardian.

Kathleen was, however, granted visitation. The decision was that the father retaining custody was truly in Michael’s best interest.

Michael lived with Warren for three years previously. In that time, he made the transition from being what the court called “distraught and maladjusted” to an “adjusted, normal child.”

The ruling cited the father’s stability and responsibility, as well as his “good moral character,” as positive influences on his son.

He demonstrated deep devotion to the child and watchfulness over his well-being. Because of this, they determined he was the better of the two options, and the court consequently awarded custody.

This became a landmark decision for fathers’ rights in Washington state.

What This Means For Fathers

Johnson v. Johnson has been an influential decision and is a case that continues to be cited in similar situations today.

The court does truly stand behind the belief “that the best interests and welfare of the children is the controlling consideration in child custody cases.”

Fighting for custody may seem like an uphill battle, and it may prove to be an uphill battle. But if you are the parent best suited to the job, you have a strong chance to be awarded guardianship.

In the case of Johnson v. Johnson, the court recognized the demonstrable positive influence a good father can have on a child’s life and rewarded that accordingly.

This decision also laid out a number of significant factors to be taken into account in future child custody cases.

We love our children. For many of us, our worlds revolve around them. This is a huge part of why custody disputes are so often such passionate, heated cases.

Fathers have just as much stake in raising our children as mothers, and despite the popular conception, from a legal standpoint, have equal rights to be granted custody.

Though there has been increased recent emphasis and attention paid to the rights of fathers in child custody cases and ensuring that they remain a part of your child’s life after divorce or separation, it can be a struggle. You likely want to take an active role in this process. If your ultimate goal is to be awarded custody, you may have to fight for it. Still, an optimal outcome is possible.

How to Deal With Your Ex at Special Events 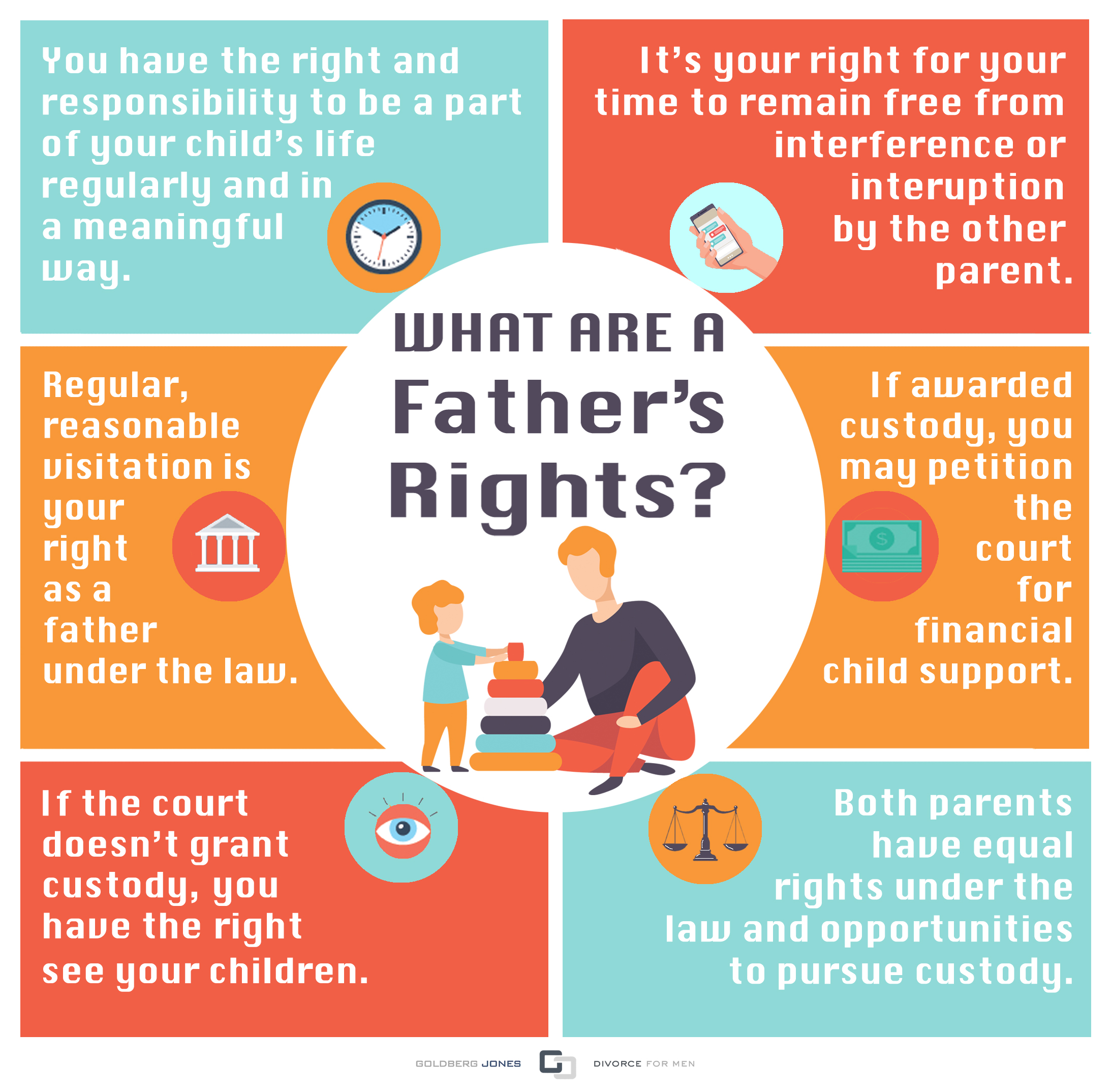 Have Questions About Divorce?