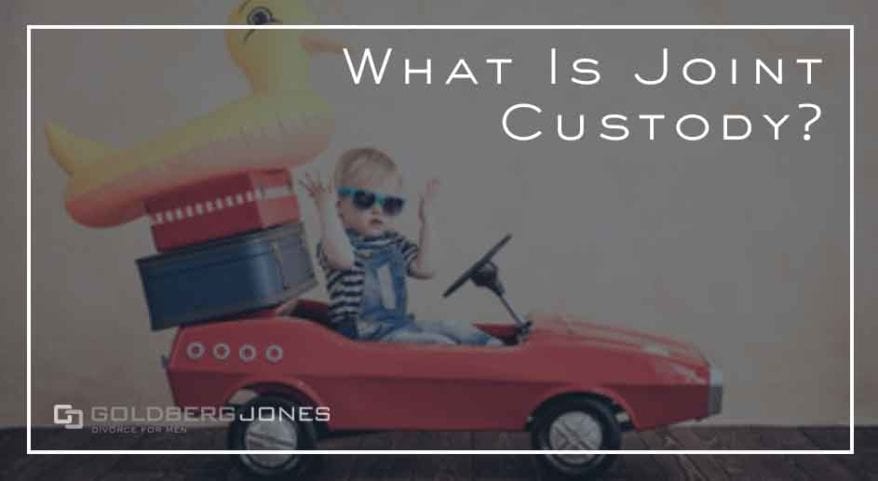 Like most legal matters related to divorce, child custody gets complicated. If you find yourself in the midst of such a battle, you likely hear a number of terms thrown around. Knowing what phrases like joint custody mean helps you understand and contextualize what’s going on.

When it comes to custody, there’s a wide variety of possible arrangements. How the court decides this depends on many factors and the specific situation. It’s different in every case.

Still, when navigating the process, it’s beneficial to know and be familiar with the options. It’s also important to have a grasp of the terminology. This helps you understand the proceedings and the rights of both parents.

In fact, much of that jargon has changed over the years.

Physical custody grants one parent the right to have that child live with them. This means that parent has control over where the child lives, as well as their daily routine.

Though the legal verbiage has changed, at least officially, the term custody remains a big part of the way people talk about where and how a child will be raised. During the process, you’ll likely encounter key terms like physical custody, legal custody, sole custody, and joint custody.

With so much going on and so many details, it’s important to understand the meaning behind each of these.

Related Reading: What does a Parenting Plan Include?

Having legal custody grants that parent the right and obligation to make decisions about the child’s life and upbringing. This includes daily life, but also medical care, education and schooling, and even things like religion.

As with physical custody, the courts can award legal custody in either a sole or joint form. In the case of joint legal custody, both parents maintain some level of input when it comes to these decisions.

Related Reading: Texts as Evidence in Divorce and Custody Cases

Sole custody occurs when the courts grant one parent exclusive physical or legal custody or both.

True sole custody is pretty rare. Generally, the courts view keeping both parents an active part of a child’s life as the best option.

Sole custody primarily only happens when the courts deem one parent unfit. Most often, this occurs in cases with a history of abuse or neglect, drug or alcohol dependency, or even if a new partner or spouse is unsuited to care for the child. The same also applies if the court deems a particular living situation unsafe.

As the name implies, in joint custody, sometimes referred to as shared custody, the courts award parental rights and responsibilities to both parents. This means they share the duties of raising their child. They may not live together, but they both participate in the child’s life.

Joint custody is the most common type of arrangement.

But as is the case with so many legal matters, it’s more complicated than it initially appears. What this looks like in reality varies a great deal from case to case.

Here’s one example: a mother may have sole physical custody but share joint legal custody with the father. In this case, though the child lives full-time with one parent, both have decision-making power when it comes to how the child is raised.

Joint custody usually involves the parents sharing both physical and legal custody. That, however, isn’t always the case. As in the example above, parents may share joint legal custody but not physical custody. Courts often combine various elements to fit the needs and specifics of a case.

Related Reading: What Are the Odds of Getting Primary Custody?

It may seem obvious, but joint custody works best when the parents live close to one another.

This makes regular, practical hurdles much more manageable. Getting the kids from one house to another, from school to home to baseball practice and the rest, is much easier when it’s all in the same general area.

This also gives kids the opportunity to spend a significant amount of time with both parents.

Complications arise the greater the distance. It’s one thing to go from Queen Anne to Eastlake, but another to go from Seattle to Tacoma or Olympia. In a case like that, kids may spend the week with one parent while splitting weekends and holidays between two homes. This “weekend parent” model is a common arrangement.

Upsides and Downsides Of Joint Custody

The greatest benefit of joint custody is that it keeps both parents involved in a child’s life in a major way. As said earlier, the court generally views that as the best-case scenario. This helps maintain parent-child bonds and allows these relationships the chance to continue to develop.

It also puts the responsibility for raising the child on both parents. One parent doesn’t wind up stuck making all the difficult choices and doing all the hard work.

There are, of course, drawbacks to joint custody. Co-parenting presents a number of potential issues.

Even if your split was amicable, you may not want to see your ex on a regular basis. But if you share parenting responsibilities and residential time, that’s an unfortunate reality. Frequent contact and communication, while necessary, may lead to friction and conflict or bring up old hurt feelings.

Practical concerns can also cause problems. Even if it’s only across town, shuttling the kids back and forth takes time. Creating a schedule, and sticking to it, can be stressful, for the parents and the kids. Depending on the circumstances, one parent may feel that he or she puts in more time, effort, money, or emotion, which often also leads to strife.

Though joint custody may be difficult, consider the alternative. This way you get to stay a big part of your child’s life. That’s better for them and it’s better for you.

It may be tough to work past some issues but remember to focus on the best interests of your kids. This is more about them than about you, and it’s important not to lose sight of that fact.

Related Reading: Do I Need a Parenting Plan if We Weren’t Married?