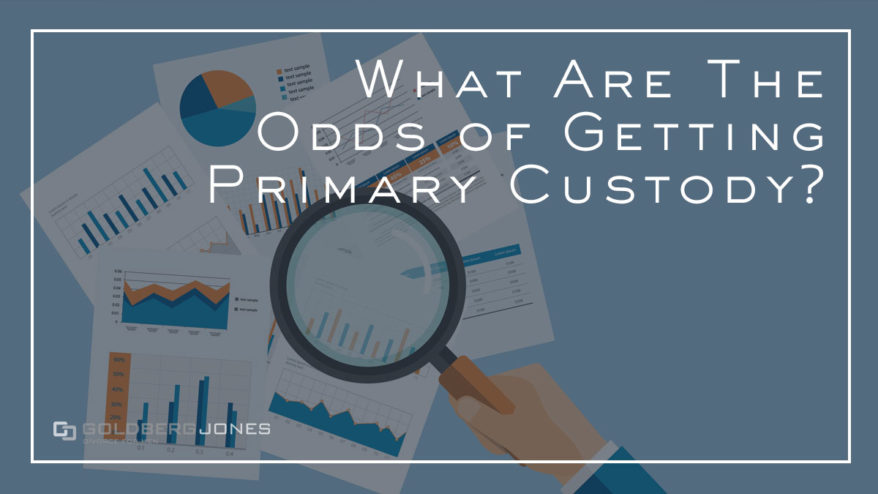 UPDATED—People often ask us about the chances fathers have of getting primary custody in Washington.

Taken at face value, the laws don’t favor mothers over fathers. But even though both parents have equal legal footing, it doesn’t always play out like that. A recent report from the Washington State Center for Court Research offers interesting statistics that shed light on this matter.

The report looked at 3661 Residential Time Summary Reports filed between January 1, 2016 and December 31, 2016 in Washington State. Their data found:

“In nearly two-thirds of families (65.4%), children were scheduled to spend more time with their mother than their father.”

The study also examined risk factors and their influence. This includes domestic violence, child abuse, and chemical dependence and the impact they had.

In both instances, chemical dependency was the most commonly cited—at 3% in mothers and 5% in fathers.

The study found that the number and type of these risk factors affected parenting plans and residential time. According to the report:

“As in past years, when one parent had risk factors and the other did not, the vast majority of residential schedules involved children spending most or all of their residential time with the parent with no risk factors.”

The more risk factors one parent had, the less likely they would receive full custody.

In 46.6% of cases, the courts granted a mother with no risk factors full custody when the father had one.

On the other side, fathers won full custody in 35.3% of cases when the mother had a risk factor.

Statistically speaking, fathers were slightly more likely to lose residential time with their children due to risk factors than mothers.

Related Reading: Protection Orders: What You Need to Know to Stay Safe

How Are Parenting Arrangements Decided?

In general, we think of child custody as a decision handed down by the courts. However, that’s not always how it plays out. In fact, that’s not even usually the case. So, how did we wind up with these parenting arrangements?

In the vast majority of cases cited in the study (86.9%), the parents came to an agreement on their own, without court intervention.

Overall, only 2.4% of cases went to trial or involved contested hearings.

In these instances, 74.4% of the time, mothers received majority custody. In less than 10% of cases (9.3%), mothers and fathers received equal time with their children.

How to Improve Your Chances

While it may appear that you face an uphill custody battle as a father, there are ways to improve your chances and strengthen your case.

Spend as much time as you can with your kids. It demonstrates your commitment to being, and remaining, an involved parent and a continuing part of their lives.

Courts don’t like to drastically change a child’s routine. So if you’re already a big part of that, that’s more likely to continue.

It’s also important to play nice and not interfere with your ex’s time with the kids. You and your ex have to make decisions about your child’s life and well-being. It’s key to prove you behave like an adult.

One big thing you can do to help your case is to hire a child custody attorney. According to the report:

“Results indicate that when either side had a lawyer, they were likely to get more residential time than when both parties were self-represented.”

In short, if one side had a lawyer and the other did not, the parent with representation usually came out ahead.

When fathers had a lawyer and mothers did not, fathers received majority custody 25.6% of the time.

Beyond that, they received equal time in 35% of cases.

That’s a pretty compelling argument for hiring a child custody lawyer. It can definitely help increase your odds of getting primary custody.

Related Reading: Do I Need a Divorce Lawyer?
Other Reading: Can Your Ex Keep Kids from Playing Sports?

Rick Jones, one of our founding partners, makes regular guest appearances on the Danny Bonaduce and Sarah Morning Show. On the air, he answers family law questions from listeners.

CALLER: “I’ve been a stay at home dad for the last 2 years, and my wife filed for divorce recently, and I don’t know if I have a shot of being able to have majority custody of my daughter or if Washington favors the mom, or what. How does this work?”

Rick: “The key really is that who between the two of you has already been in the role of primary parenting function providing. And the pivotal period is actually the last two years, the last 6 months being more important than before that, but the last two years is extremely important.

The real key is this though: don’t go in with what I’m hearing feels a little bit of a defeatist attitude, get someone on your side that can put the story together and tell it in a compelling and truthful way. It sounds like he’s got a really good case.”

Danny: “Not that you need me to tell you this, but I’ve hired lawyers in my day, and never had they said ‘you have a defeatist attitude, step up, tell your story well’, I thought that was great. From what I’m getting there Bob, there’s a good chance of this, but you need an attorney to tell your story.“