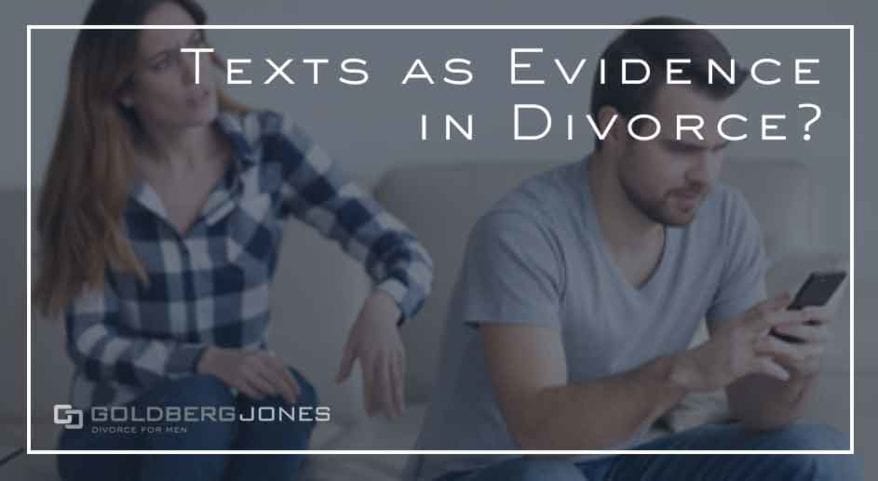 UPDATED: We live a huge portion of our lives on our phones. We talk, shop, and keep in touch in a myriad of ways. They’re so intertwined in our day-to-day activities, that it only makes sense things like text messages and social media posts also play a part in divorce, custody, and other family law cases.

Our founding partner, Rick Jones, regularly appears on the radio with Danny Bonaduce, where he answers family law questions from listeners. One Seattle father called in to ask what evidence he can use to get full custody of his daughter. He wants to know about text messages, Facebook posts, and the like. Rick discusses how they can be used in custody disputes, for modifying child support orders, and more.

Text messages and even Facebook posts are useful evidence in a child custody modification. However, he elaborates that there is more to the process than just handing the judge the evidence:

“Text messages are one of the most important ways to give the court a feel for what is going on in the home on a day-to-day basis. The messages, in addition to text transcripts, emails, or Facebook posts, can all be provided to the court as evidence.

“However, this is not a slam dunk win. I wish it was as easy as just showing the judge the text messages, but there is a little more to it.

“In addition to the evidence, the biggest piece of the puzzle is going to be your declarations and how you use them to frame all the evidence up for the court.

“The individual messages are simply evidence that gives you credibility.

“Since your daughter is so young, the letters, text messages, and any evidence of abuse are likely going to have more impact on the court because it will cause the court to be very concerned about the child’s safety.”

In this episode, Rick also tackles these questions about divorce, child custody, and alimony.