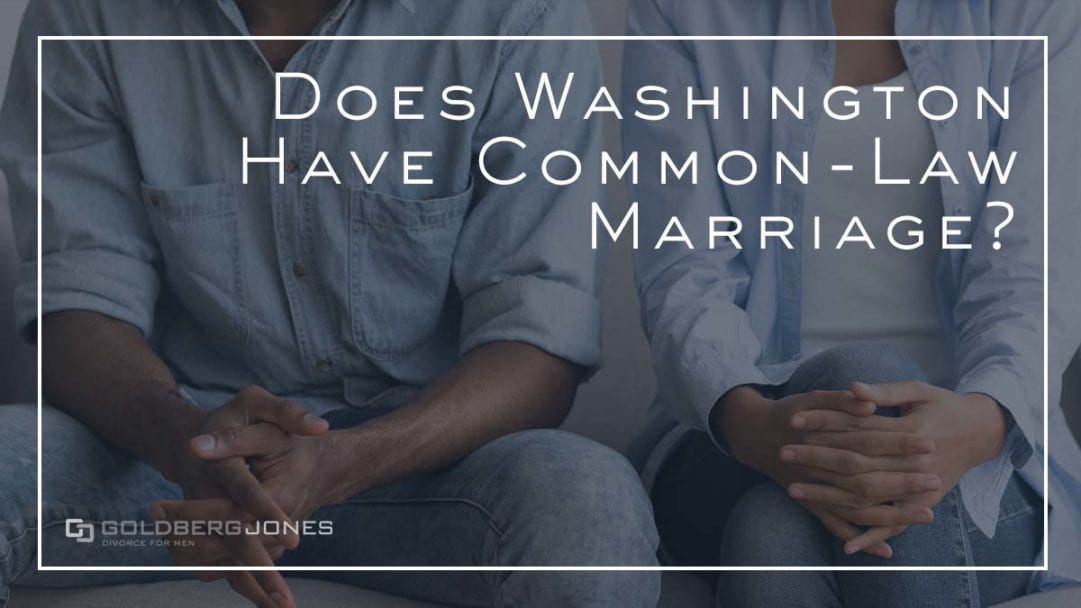 While relationships are complicated, marriage is generally a black and white prospect: you either are or you aren’t. You’re not likely to forget a wedding, however big or small, right? The term “common-law marriage” gets thrown around when it comes to long-term relationships where there isn’t an actual marriage.

What Is Common-Law Marriage?

Common-law marriage is a term many people have a vague familiarity with. We generally understand it to mean that living with a partner for a certain number of years without actually marrying creates a kind of de facto marriage. It’s essentially marriage by default.

While that’s what it means in a broad sense, how it works from state to state varies. And it’s usually much more complex than two people simply living together for a long time.

With some variance, in order to have a common-law marriage, you must both be able to marry, live together, have intent, and essentially live life as a married couple—share joint bank accounts, refer to each other as “husband” and “wife,” and things like that.

Does Washington Have Common-Law Marriage?

There are a lot of misconceptions about common-law marriage. Fortunately for Washington residents, state law makes it easy to grasp.

Though the state recognizes common-law marriages from other states—in reality, only a few still embrace the custom—Washington itself does not allow the practice.

However, just because Washington doesn’t have common-law marriage doesn’t mean you have no rights in cases of long-term relationships. This is something that comes up more and more frequently.

Couples cohabitate before marriage at a higher rate than ever before. Many commingle finances and every other facet of their lives, much like in a marriage. It’s not even uncommon for couples to have and raise children without marrying.

Related Reading: Can I Annul My Marriage in Washington? (A Look At Declaration of Invalidity)

These were formerly known as “meretricious relationships,” though the legal terminology has changed.

There are no set criteria, but like common-law marriage, similar factors go into determining what is or isn’t a committed intimate relationship.

When a couple lives together for years, pools resources, financial or otherwise, and generally enjoys the benefits of a marital relationship—companionship, support, and the rest—this often constitutes a committed intimate relationship. After examining the situation, the court can ultimately rule on whether or not a relationship qualifies.

This designation helps courts deal with legal and financial issues when one ends and distinguishes them from run-of-the-mill, temporary romantic relationships. In fact, in these situations, the process often mimics what you see in divorce proceedings.

Because Washington doesn’t allow common-law marriage, the division of property can be tricky for longer romances. In these cases, the courts only divide assets and debts in instances of committed intimate relationships. This is something you have to determine first, but once legally established, the courts split property similar to how it would in a divorce, though with some differences.

Washington is a community property state, which means it views all property acquired during a marriage as belonging equally to both parties. As we’re not talking about marriage, the situation is somewhat different. Though courts do use similar reasoning for dividing the property.

Courts use a fair and equitable standard when making this decision. They consider things like the length of the relationship, the financial standing of each party, and more. This also only applies to property acquired during the relationship.

If you owned something before, it stays yours. The same goes for anything acquired as a gift or as an inheritance. That remains with whoever received it.

Parental rights and obligations don’t hinge on a marriage. It’s your status as a parent that matters, not the status of your relationship. Biological and adoptive parents have the same parental rights, regardless of whether the couple is married or not.

All of the things that usually factor into a child custody battle in cases of divorce still pertain to unmarried couples.

Related Reading: What To Expect From A Child Custody Hearing

Unmarried partners don’t inherit property when one party dies the same way married couples do. That said, even without a will, you may have options. If you can show you were in a committed intimate relationship, you may be due inheritance and other benefits.

Still, even then, without a will or marriage, your rights remain limited in certain regards.

For instance, you aren’t eligible to collect Social Security based on your partner’s work record. Without a will or other documentation, you may not have the legal right to participate in your partner’s health care decisions, have input in the burial, and other situations.

You can have attorneys draft legal documents ensuring these things, but without them, you don’t automatically become entitled.

The short answer to the question of does Washington have common-law marriage is, no, no it doesn’t. But that doesn’t mean you’re out of luck when it comes to the end of a long-term relationship. This does create some additional pitfalls and hazards, but there are ways to contend with most of them.