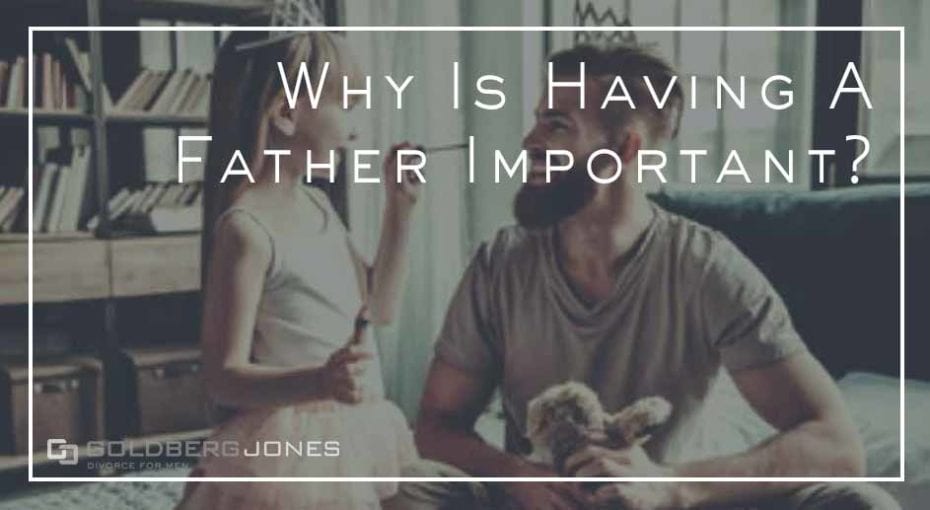 Numerous studies prove just how important it is for a child to have a father who is present and actively involved in their life. 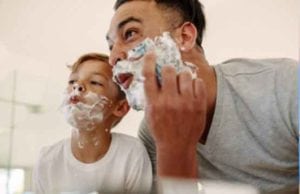 This isn’t to say a child is raised without a father can’t be happy and successful, it’s about increasing the odds.

If you really believe in giving children every opportunity to succeed, it’s a no-brainer that having the guidance and influence of two loving parents is imperative.

Some may say that it’s about having a strong male influence, but it may be more about contrast. In our firm, there are a lot of guys who would love nothing better than to spend an entire weekend watching football. But there are also those who sit and surf Pinterest while their wives watch the game. Traditionally masculine and feminine traits can be exhibited by either gender.

It’s good for kids to have multiple role models. Everyone has their own shortcomings and weaknesses, but they also have strengths. If you are weak in one area, hopefully, your kid’s other parent can set a better example for them. If you’re both weak in the same areas, perhaps that’s what led to divorce in the first place. Hopefully at least one of you learns something that will help you overcome your shortcomings. That’s what life is about, right?

A Story About Fatherhood

To share a personal perspective, this writer has never met his biological father and has no idea where he is or who he is.

I was raised by a wonderful adoptive family and a father who was the very definition of a caring and supportive dad, a man who dedicated his life to his kids. 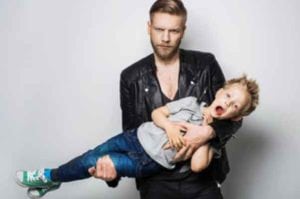 (My adoptive mother was amazing too, but today’s topic is dads.)

How many of you can say you had a dad who was playing professional jazz in nightclubs at the age of 16, dropped out of high school to serve in World War II, and came back and enrolled in college without ever getting that high school diploma?

My dad, a  school dropout, then earned his doctorate while supporting himself as a professional musician. He became an audiologist for the VA but continued to play professionally on weekends for 50 years.

I’ll never be as cool as my dad.

When my birth mother eventually found me, her husband was a Marine vet who had served in combat in Vietnam. He came home, raised a family, and was successful in business. He immediately accepted me as his own when we first met and we have a great relationship.

There’s not space to go into all of it here, but my wife’s stepdad was an incredible parent as well and I am lucky to have known him and seen his example. You could say I’ve had an overabundance of great fathers and I love all of them. But in the back of my mind, there’s a nagging feeling I want to know the guy who passed along his DNA. 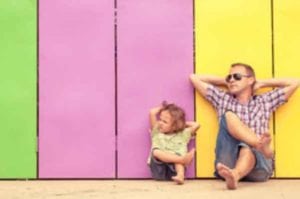 My wife is more pragmatic. We were getting ready to start our family and she wanted to find blood relatives for a medical history. Early in our marriage, I was resistant to seeking out my birth family.

I felt it would be disrespectful to my adoptive dad. But when my birth mother and one of my sisters showed up on my doorstep one day, it was an incredible experience and it got me to thinking about a lot of things I’d locked in the back of my mind.

The other thing that my wife and I noticed right away was all of the traits, good and bad, that I inherited from my mother and we immediately wondered what I received from the other side of the gene pool.

I share a small snapshot of my experience to underscore the importance of fathers. As I said, I ultimately had three world-class dads. I wouldn’t trade for anything but I still wish I could meet and know dad 1.0, or as he is known around my house, the “sperm guy.”

Everyone wants to know their roots. Genealogy is becoming increasingly popular. You know a concept has gone mainstream when they start dedicating TV shows to it.

I mean, how many commercials for ancestry.com have you seen this week? 42?