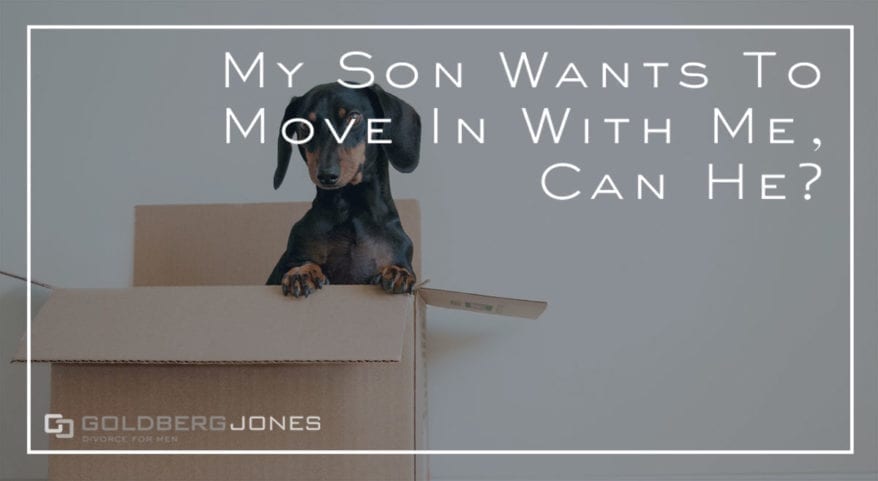 When it comes to child custody, the courts place the best interests of the child above all other concerns. This includes parental convenience. It also includes what the kids themselves prefer. In cases of younger children, this makes sense. They don’t always recognize what’s best for them. But what about older kids? Teens? Do they have a say where they live? Can a son decide he wants to move in with his dad?

This differs a lot from one situation to the next. If a teenager has lived with one parent for years then decides he or she would rather live with the other, some parents may be able to work that out on their own. If that’s what the child wants, and the parents are agreeable, they can make that decision on their own. It happens.

From a legal perspective, however, that decision doesn’t fall to the child. No matter what the age. Until they turn 18, they have to abide by the parenting plan. The exception to this is instances of abuse or neglect, or when the child may be in harm’s way. But it can’t simply be, “Mom’s hassling me, I want to go live with dad.”

Rick Jones, one of our founding partners, regularly appears on the Danny Bonaduce and Sarah Morning Show, where he answers family law questions. On one recent episode, a caller posed this question. His son wants to move in with him, and he wants to know if that’s possible?

Listen to the Call Below:

Caller: “I have a 15 1/2-year-old son. We have a had a parenting plan in Washington since he was two. He’s requested a desire for him to come live with me. Does the court look at that, his desire to come live with me? Do they take that into account?”

Rick: “What is the reasoning for it? Is it just that he would rather do it, or is there some concern in mom’s household?”

Caller: “There’s some concern. He’s getting tired of his mom going through his stuff. He wants his privacy, he’s been telling me this for years. They said he had to be emancipated.”

Rick: “Yeah, I don’t know. I don’t see it that way. Going through an emancipation process emancipates him from both of you. And he’s got to prove he’s sustainable himself or employed, things like that. I don’t see that being the wise road to go.

“At the same time, I’m not hearing enough to have there be a switch in custody. The court’s not likely to entertain that. Let’s say that you now have him in counseling because with mom his grades are dropping or his school attendance is suffering. And now there’s a counselor he’s talking to that says, ‘You know what? I just have so many issues in mom’s household.’

“Once you establish third party support, call it ‘evidence’ if you will, then maybe that’s the time to change the parenting plan. Right now it doesn’t sound right to me.”

Danny: “Any mother that doesn’t go through their 16-year-old’s things is foolish. Not to be a snoop man, [but] kids will hurt themselves if you give them the opportunity. Kids don’t know any better than not to steal a bike from ‘Bobby,’ or joy ride or something like that–start smoking–that’s the way I was as a kid.

“People look through your clothes and then you’d say, ‘Oh, I’m holding for Bobby Brady,’ or whoever that was. But I think it’s reasonable for a mom to go through a 16-year-old boys belongings.”