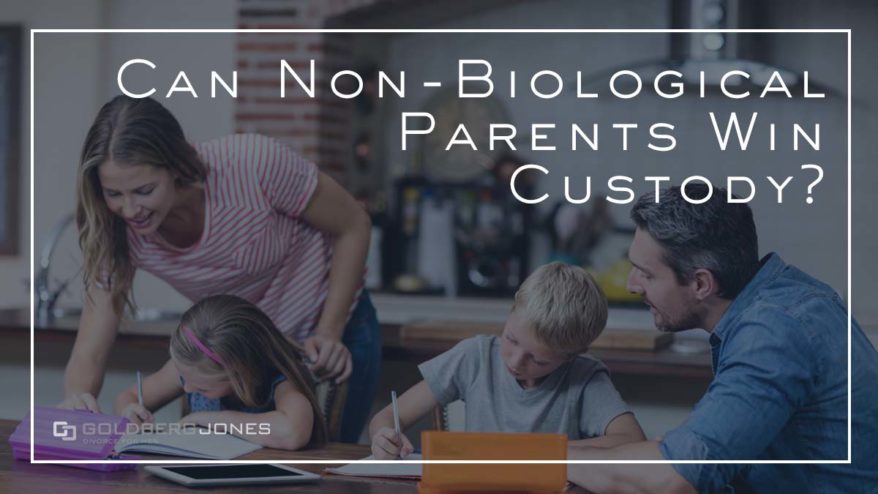 Custody disputes often become heated, contentious affairs. But what if you’re a non-biological parent? Do you even have a chance to win custody?

What do you think of when you think of a family? Your mind probably conjures up images of a mother, a father, a couple of kids, and that sort of thing. But families come in all shapes, sizes, and configurations. With a rising remarriage rate, new blended families rise from the ashes of the old.

Can You Win Custody Of A Child that isn’t technically yours?

Deep emotional connections are not exclusive to biologically linked households. All of this further complicates matters when it comes to child custody.

In most cases, a biological parent has a significant advantage when it comes to gaining custody.

There are, however, situations where the court has awarded a non-biological parent, like a stepparent, custody over a blood mother or father. These situations are few and far between, and usually represent extreme circumstances. But they do exist.

When Can A Non-Biological Parent Be Granted Custody?

When it comes to custody, the best interest of the child take precedent over all other concerns. The health and well-being of any minors trumps pretty much any other factors.

Most of the time, the court views remaining with a biological parent as the idea situation. But not always.

If you vie for custody of a child that isn’t your blood relation, you have the opportunity to present your case.

If you can demonstrate that you are the optimal guardian, you may have a chance. You should also, however, prepare to face an uphill battle.

Perhaps the most common conditions that may lead to a non-biological parent being awarded child custody are cases of abuse, neglect, or abandonment. If you show that the minor remaining with their biological parents places them in harm’s way, you may have a chance.

Are the parents involved in dangerous activities or criminal enterprises that may negatively impact the child’s well-being? If so, the court will take that into consideration.

Similar to cases of abuse and neglect, a child may be removed from such situations if they are in jeopardy. When custodial parents wind up in jail or are otherwise absent, children may also be relocated.

While you may be able to gain custody by proving that the child’s biological parents are unfit, it is also possible for both sides to come to an agreement on their own outside of arbitration.

Perhaps the birth mother recognizes  she’s not the best option to care for her child right now. If she’s willing to hand over custody or grant parental rights, that may work. Regular or extended visitation is also an option worth exploring in some cases.

Best Interest Of The Child

The court considers a number of factors before ultimately making a decision on child custody.

Though the court can take a child’s preferences into account, a judge ultimately acts in the child’s best interest. Even if that runs counter to the expressed wishes or parental convenience.

Along these lines, the court may consider the relationship between a non-biological parent and child.

Keep in mind that the child’s best interests are paramount. Long, drawn-out court battles may not be ideal. Hopefully, you and the other parties involved will be able to come to a peaceable accord.

Related Reading: What Does a Parenting Plan Include?