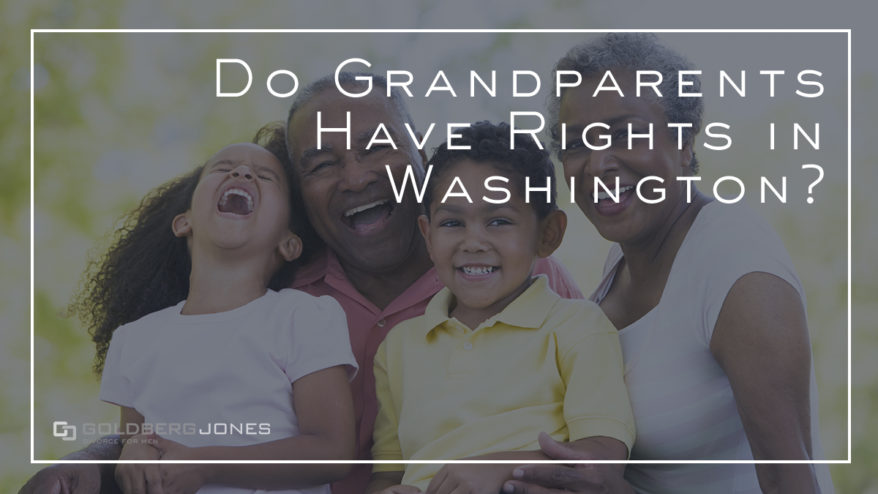 Families often include much more than simply parents and children. Extended families are common and grandparents tend to be involved in a child’s life. When it comes to custody and visitation, however, do grandparents have rights in Washington?

Rick Jones, one of our founders, was on the Danny Bonaduce Show to talk about family law, divorce, and custody in Washington. One caller had a question about her rights as a grandparent and whether or not she needed to get permission from both her daughter and son-in-law to take her grandchildren out of Washington.

She describes her situation below:

Caller: “I need to take my grandchildren down to Florida to visit family. My daughter and I have been estranged for three years due to drugs. I get to see the kids, who are teenagers, through their father. He has given his permission. Do I have to get my daughter’s permission to take them to Florida?”

This question gets complicated fast.

In answering this question, Rick points out a common misconception about grandparents’ rights in Washington.

While many states have provisions and laws to secure visitation rights for grandparents, Washington is one of the few states that does not. As a result, while this grandmother doesn’t need permission from both parents, she does need to rely on the son-in-law’s allocated custody time.

Related Reading: We Disagree on When to Send the Kids Back to School During COVID-19

“For now, you are going to need to rely upon the kindness of your daughter or your prior son-in-law to allocate some of their custody time to you. It won’t be considered kidnapping because you are there under your son-in-law’s custodial time by his permission. The best thing for you to do is to continue to get a parent’s permission to spend time with your grandchildren.”

Related Reading: Can Your Ex Keep Your Kids From Playing Sports?