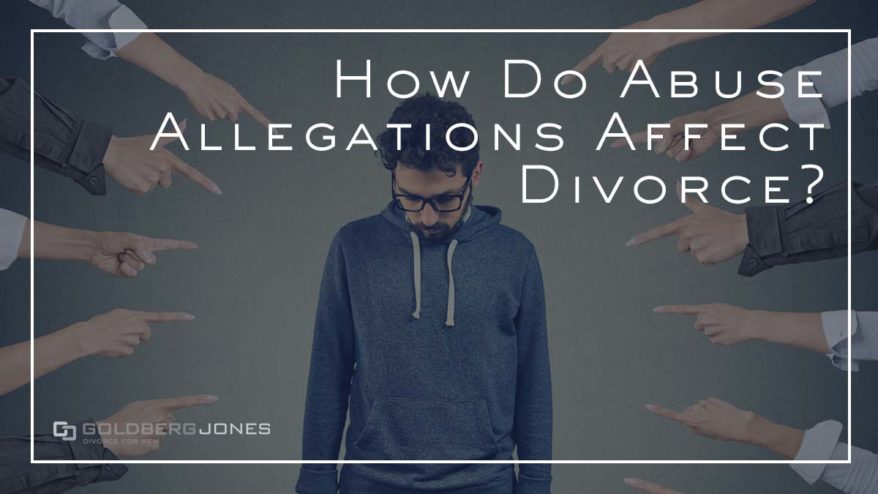 Divorce often devolves into heated, contentious screaming between bitter, angry spouses, and mudslinging happens frequently. Husbands and wives lob all sorts of accusations at one another, both those founded in reality and those completely fabricated.

Adultery, neglect, and even theft often get tossed around. The most heinous are abuse allegations, and they have a huge impact on divorce cases.

Perhaps one spouse thinks that leveling such accusations against the other provides an advantage. And too often this assumption proves correct.

What Are Protection Orders?

Protection orders provide safety and security in cases of abuse. In legitimate instances and situations of imminent danger, that’s precisely what they offer: protection. Relatively simple and quick to obtain, this is what makes them effective. It’s also, unfortunately, what makes them all too easy to misuse.

What Evidence is Required To Obtain a Protection Order?

In order to obtain a protection order, the party who puts forth the abuse allegations has to do little more than just that.

In Washington, a judge can issue a temporary restraining order with a minimum of evidence, often based on nothing beyond one spouse claiming to need one.

Aside from obvious physical altercations or emotional abuse, perceived threats can also result in a protection order. If you and your spouse get into an intense, combative argument, they may go to court and claim to feel threatened. That alone might be enough to issue a temporary order.

Domestic abuse is obviously a serious issue, and no judge wants to fail to protect someone and have a tragedy occur. As a result, the court usually grants these requests.

And in these cases of abuse allegations, the defendant doesn’t have the opportunity to defend himself.

These hearings usually happen the day the petition for a protection order is filed, or shortly thereafter, and are done ex parte. This means the accused isn’t notified of the hearing and won’t be present.

Related Reading: Types of Protection Orders And How They Work

Abuse allegations, especially those resulting in a protection order, alter the landscape of your divorce. Almost instantly, the case changes in a dramatic fashion. The ramifications influence not only how divorce plays out, but can last much longer.

When it comes to child custody and visitation, the courts recognize the importance of both parents remaining in a child’s life. Even the non-custodial parents are entitled to frequent and continuing contact with the kids. Cases of abuse and neglect are exceptions to this rule. These claims can be devastating to a parent’s chances of obtaining primary custody or equal parenting time.

Abuse allegations also often come with a financial burden. A spouse may use a protection order to drive the other out of a home and away from children. This creates costs associated with quickly and unexpectedly having to find a new living situation. Child support and spousal support may also come into play. Then you have legal fees that stack up trying to fight false accusations.

Abuse allegations can leave you stunned, feeling helpless, and in serious emotional distress. Even if accusations ultimately prove to be false, it still changes the way people look at you for a long time to come. Fighting them is exhausting and harrowing, and can lead to depression and despair, all of which leave a mark.

Related Reading: What Is A Guardian Ad Litem?

How To Fight Abuse Allegations

Though it’s exhausting and harrowing, you do have options when it comes to fighting abuse allegations. You may feel vulnerable and exposed, but avenues do exist to combat false accusations and limit the damage.

At this point, if you knew your divorce could become contentious, you probably already have a lawyer. If not, look into it immediately. Experienced counsel will show you what to do, how to defend yourself, and guide you toward an optimal outcome.

Character witnesses; individuals who can testify that your spouse’s accusations are false; texts, voice messages, emails, any documentation; and people who can provide an alibi, all of these support your cause.

Staying calm and composed during hearings goes a long way toward helping your case. Nothing makes you seem unstable or capable of doing harm like explosive outbursts in court.

No matter what the other side says, no matter how unfounded the claims, react in an even, ordered fashion. Don’t interrupt, don’t laugh or sneer, and don’t show a lack of control. Do what you must to create a positive impression.

Show a Pattern of Behavior

Did your spouse threaten abuse allegations before? Or mentioned a plan to do something like this? If so, and if you can show it—through texts, emails, witness testimony, and the like—that helps discredit the allegations and strengthen your position.

It’s too bad when people misuse protection orders and abuse allegations to gain an undue advantage in a divorce. Even if the accusations are untrue, they can still have a substantial negative impact on your case. In these circumstances, it’s important to react quickly and decisively in order to counter and hopefully dismiss any false claims.

Other Reading: Can You Modify Child Support Payments?