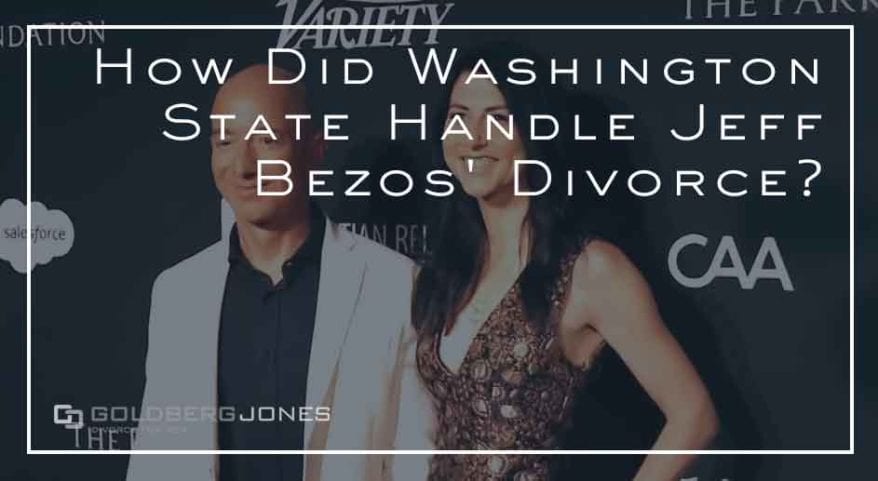 UPDATE: Amazon founder Jeff Bezos’ pending divorce made headlines earlier this year. Word was it could be the priciest split in history. That’ll happen when you’re the wealthiest man ever. We knew it was going to be big, but we didn’t know how big. At least until now.

According to a report from Bezos’ own Washington Post, the Amazon founder and his wife of 25 years, MacKenzie Bezos, reached a divorce settlement worth in the neighborhood of $36 billion. That’s billion with a B. It also makes her one of the richest women in the world.

MacKenzie is set to receive 4% of Amazon, which is 25% of their shared stock in the company. Jeff retains the other 75% of their shares, as well as all of The Washington Post and Blue Origin, a space-exploration endeavor. He also remains the chief executive and largest shareholder.

In a statement released on Twitter, MacKenzie broke down the specifics of the settlement. She also wrote:

“Grateful to have finished the process of dissolving my marriage with Jeff with support of each other and everyone who reached out to us in kindness, and looking forward to the next phase as co-parents and friends… Excited for my own plans. Grateful for the past as I look forward to what comes next.”

ORIGINAL POST: By now you’ve probably heard that Amazon founder Jeff Bezos is getting divorced from his wife of 25 years, Mackenzie Bezos. Celebrities really are just like us. Though most of us aren’t worth billions of dollars—it’s likely to be the most expensive divorce in history.

As Seattle’s premier law firm for men, we’ve fielded numerous questions about this situation. One of our founding partners, Rick Jones, recently jumped on the Cliff and Puck show on KJR radio to answer what people want to know. Take a listen below.

What are the rules in the state of Washington regarding their property and assets?

Rick: “Well the phrase everybody hears, and that they’ve been talking about nationally already, is “community property.” What that really means is that when they got married they basically entered a business together. They became one entity, a community.

“And as such, the wealth that’s been created is going to be considered shared, and shared alike.

“Amazon was started AFTER their marriage started, so there’s no reason to expect that his wealth is anything other than community property.”

Had they married AFTER the creation of Amazon, then what would have happened?

“Imagine if you own a home for ten years, get married, and then divorce ten years later. You’ve got a separate property that’s been growing in equity, and you’ve got a community property interest. Basically the accountants would be involved in that in a significant way if that was the case.”

What if you have a prenup in the midst of building Amazon while they’re married?

Rick: “Great call on that question because that’s my question too. Looking at the national stories, they really aren’t diving into that, so I’d be hard pressed to imagine that there wasn’t either a prenup created before they got married, or let’s say they had no idea what was going to happen–who could have imagined Amazon, other than Jeff Bezos–but once it blew up, I would have also expected that there would be what was called a post-nuptial contract, which has the same authority, [with] arguably more effectiveness. I’d like to think, the odds are very high, there’s going to be some level of contract already in place here.”

Since he’s not from Seattle, and they moved to Seattle when Amazon was created, what’s the law? How does that play out being from somewhere else?

Rick: “It doesn’t matter. We take the law in the jurisdiction of where you’re at. So the fact that they’re here and in Washington more than six continuous months, that makes jurisdiction in Washington. They could have gotten married [elsewhere]–I think Bezos is from New Mexico and they met in New York City,there’s all sorts of things going around–but it’s very specific that Washington law would apply.”