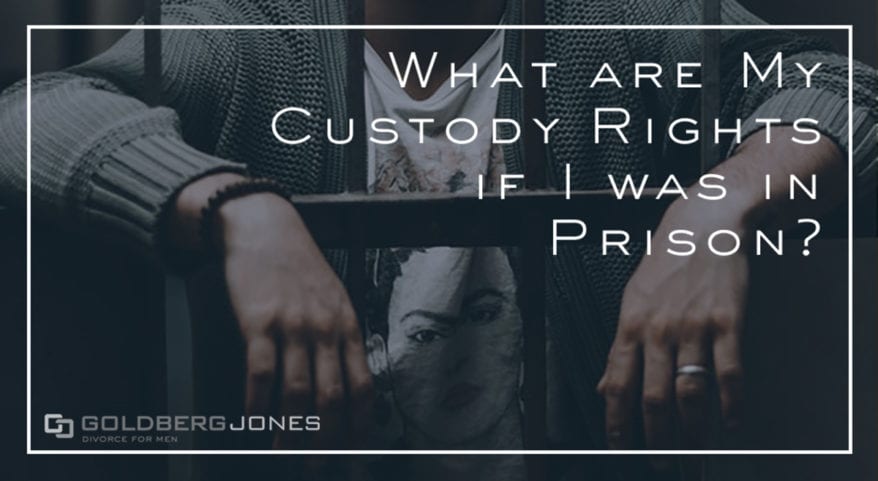 Child custody cases can be complicated affairs. The courts consider many factors when deciding who gets the kids. But what are your custody rights if you have been in prison?

All of these elements and more influence the decision. A criminal history can come into play if the court believes it negatively impacts your parenting ability. And there may be hoops to jump through to prove yourself.

Rick Jones, one of our founding partners, makes regular appearances on the Danny Bonaduce and Sarah Morning Show, where he answers family law questions from listeners. On a recent show, he addressed this very question about custody rights.

Related Reading: What is Joint Custody?

Listen to the Conversation about Custody Rights Below:

Caller: “I had my son and then ended up going to prison for 15 months. When I was in there, my mom got awarded temporary custody. The day before I was going to be released, I got papers saying she was going to court to get custody of my son. I feel like I wasn’t properly served and went to court the next day and they didn’t give me a chance to explain myself. I was already fully employed the day I got out, I had a place to live.”

Rick: “And I assume the underlying problem here is that she’s not letting you have any access to your child?”

Caller: “Well, that’s the thing. I see him every so often; it’s kind of sporadic. I took him on a cruise about two weeks after I got out; it’s kind of here and there.”

Rick: “Let me speak to the specific and then the general. In terms of the specifics, when you’re talking about the court dates you had, or if you were served properly, without looking at the court files to see whether or not the T’s were crossed and the I’s were dotted. If there’s a loophole, then you get your day in court.

“In terms of the general [custody rights], having just gotten out of prison for 15 months, there is going to be a bit of an obstacle course in front of you. You’re going to have some hoops and ladders, basically things you’re going to have to do to show the court that you’re ready to be a primary parent.”

Danny: “You did 15 months, and your mom’s never been to prison. There’s the fight, right?”

Rick: “Yeah, but also, Danny, ultimately, the grandparent is going to be looked at less than you are as the biological parent. So you just need to know that this is going to be a process, maybe it’s a one-year process, and frankly, it could be a two-year process. As long as you do everything right, the odds are you’re still going to come out on top.”